Restricted Use of Titles

In Newfoundland and Labrador, only those individuals licensed by PEGNL can use the title engineer or geoscientist or other variations. 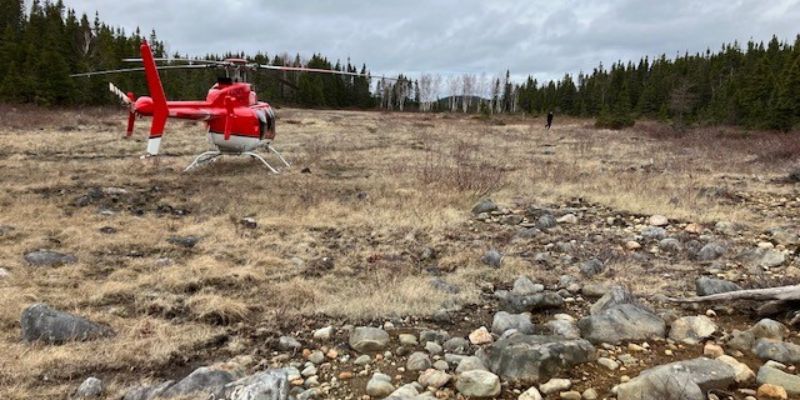 Restricted Use of Titles

In Newfoundland and Labrador, not just anyone can use the title engineer or geoscientist or the designations P. Eng. or P. Geo. To use these titles and designations and other variations, an individual must be licensed by PEGNL. Disregarding the regulated use of these titles can put public safety at risk, mislead the public, and erode trust in the professions. Licensed individuals are held to high professional and ethical standards that require them to work in the public interest and be accountable for the work they perform. It is therefore important that only licensed individuals are using the restricted titles.

Misuse of the titles

Claiming to be an engineer or geoscientist without being licensed is against the law. Titles and designations such as Engineer, Geoscientist, P. Eng., P. Geo., Eng. L and Geo. L., or any title including the word engineer, geoscientist, geologist, geophysicist or a related abbreviation may only be used by those who are licensed. This also applies where such terms and abbreviations are combined with any name, title, description, letter, symbol, or abbreviation. The use of terms or abbreviations that imply someone is licensed with a regulator when they are not can result in legal action.

There are several places where titles are often used improperly. They include:

Software or data engineer: Unless someone is licensed with a provincial or territorial engineering regulator, they cannot use the title engineer, or any variation thereof. This applies even if the title is assigned by the employer. Alternative titles can include Data analyst, Data scientist, Software specialist, Software technician, Software developer, Data technologist, Data manager, Data technical expert

Job postings: Advertising an engineering or geoscience related job without requiring licensure from the provincial regulator may have legal implications. Requiring eligibility for licensure in the job posting might be perceived to be a good first step, but the newly hired person must be licensed before practicing and only PEGNL can assess the candidate’s suitability for licensure and provide that license. If the newly hired person does not meet PEGNL’s requirements, a firm’s recruitment efforts may have been in vain. Best practice would be to include a qualifications requirement as follows: "Candidates must be licensed (or eligible for licensure) with PEGNL and the successful candidate must become registered, and maintain their registration, with PEGNL as a condition of employment."

Social media profiles and email signatures: Using a protected title such as engineer, geoscientist, or geologist in an individual’s profile, such as on LinkedIn, or in an email signature is misleading and illegal.

PEGNL has the legal authority to enforce against those who improperly use the protected titles.  Courts can impose fines and injunctions for unauthorized use of title.

Software Engineer Court case: In an oral decision delivered on November 26, 2019, Associate Chief Justice Nielson of the Alberta Court of Queen’s Bench ordered an injunction against an individual who was using the title “Software Engineer” in his online profiles, despite the fact he was not a member of the Association of Professional Engineers and Geoscientists of Alberta (APEGA). Associate Chief Justice Nielson found that by holding himself out to the public as a “software engineer”, this individual could by implication lead a member of the public to conclude he is a professional engineer, licensee or permit holder with APEGA. This was a violation of s. 3(1)(a)(ii) of the Engineers and Geoscience Professions Act. Associate Chief Justice Nielson granted the injunction order sought by APEGA and awarded costs to APEGA for the contested application.

Court case: In APEGBC v. Kaiser, 2002 BCSC 1831, the defendant was not licensed to practice engineering in BC and the regulatory body sought an injunction to, among other things, prevent her from referring to herself as an "engineer". Even though the applicable legislation did not provide a blanket prohibition against all use of the term "engineer" by non-registrants, the Court prohibited the defendant from using the term "engineer" because, in the circumstances, it implied the right to practice a discipline of professional engineering.

Court case: On 10 March 2020, the Quebec Superior Court (2020 QCCS 1465) upheld a lower court ruling, finding an individual guilty of improperly using the French abbreviation “ing.” (The equivalent of P. Eng. in English) in e-mails sent to clients and colleagues, and on a résumé sent to a prospective employer.  The Court found that the use of “ing.” by an individual not registered with Quebec’s governing body would induce a reasonable person to conclude that the individual is indeed an engineer.  As a result, the individual was found guilty of 4 counts of improper use of title.  Leave to appeal was denied by the Quebec Court of Appeal on 5 June 2020 (2020 QCCA 730).

Members in Training: While not fully licensed, PEGNL registered members-in-training may use the qualifiers “Engineer-in-Training” or “Geoscientist-in-Training” and the designations “E.I.T” and “G.I.T” in their job titles.

University Students: May use the title in context (i.e., Engineering Undergraduate Student).

Technicians and Technologists: Must always use the qualifier “Technologist” or “Technician” in conjunction with the restricted title. (i.e., Civil Engineering Technologist)

No partnership, corporation or other entity may be incorporated or registered in Newfoundland & Labrador under a name that includes the words “engineering”, “geology”, “geophysics”, or “geoscience” or variations of those words, unless it holds and continues a hold a valid PEGNL Permit to Practice.

You can learn all the details about the fees and pay on this page. You can also review frequently asked questions and answers about Fees Schedule on this page.

In Newfoundland and Labrador, registration is mandatory for anyone practising engineering or geoscience as defined in the Engineers and Geoscientists Act, 2008.

Professional members licensed by PEGNL are the only persons permitted by law to undertake and assume responsibility for engineering and geoscience work in NL.

This page has been designed to assist registrants seeking employment, as well as recruiters seeking to hire professionals in the fields of engineering and geoscience.